As everybody know, the WKF World Championship is coming up in Egypt in October.

What is the time limit in creative forms or soft style forms?

I thank you for the cooperation so far and wish all of us many traditional participants and a successful  World Championship in Cairo, Egypt.

WKF EGYPT  president Mohamed DESSOUKI is the host of the next World referee seminar 2021 on October 15th to 17th.

Venue is the amazing 5 star EL GALAA HOTEL in Cairo.

This is the perfect weekend, just before the World Championships 2021 in Cairo. First time in history since 100 Years on the African continent.

We got already many requests from our male / female referees and officials of 6 continents and we hope everybody who would need Visa start in time with Visa procedure. 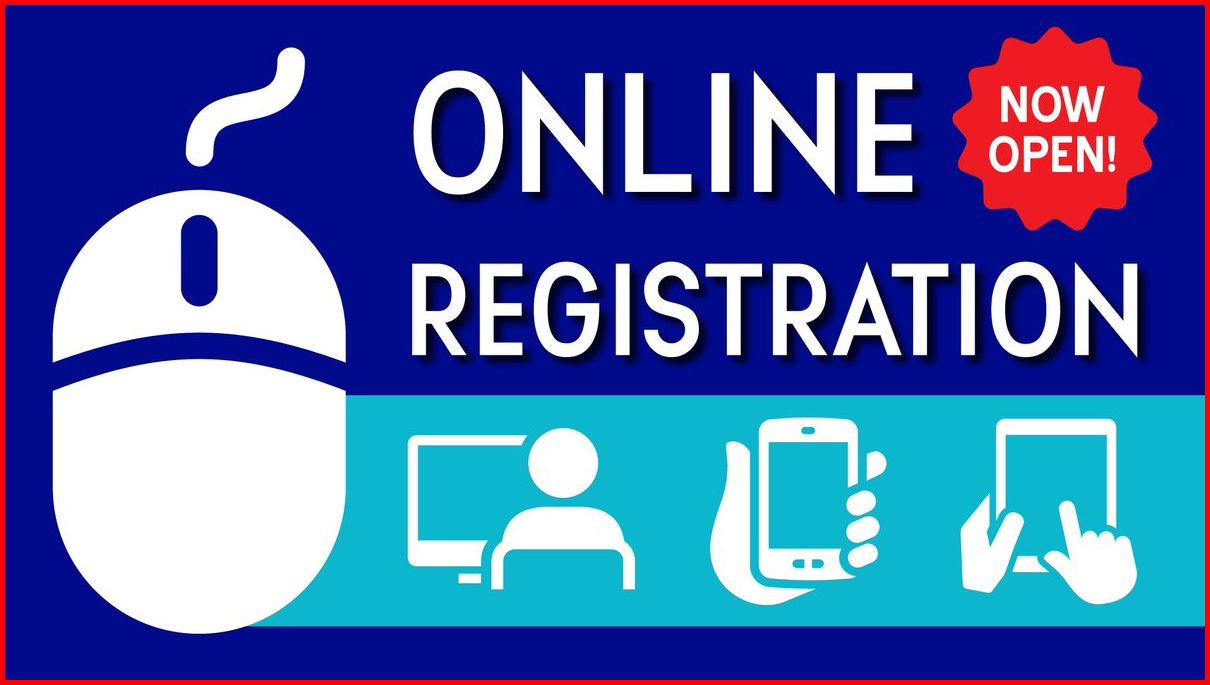 Many photos of our international WKF referees here !

All rule books in 4 languages and more free to down load here !

All International WKF referees, who not has attended the last seminars in Santorini 2017, Buenos Aires 2018 or Baia Mare 2019 must extend their license 2021 in Egypt. The extended license is valid for three Years again.

Many photos from all seminars and more are here in the gallery!

Next World referee seminar in spring 2022 in Spijkenisse near Rotterdam in the Netherlands before the postponed, next upcoming European Championships !

you are not qualified for WKF events !

WKF MIDDLE EAST  director Mr. Mohamed DESSOUKI is putting all the team’s energies into the preparation for this upcoming amazing World Championship 2021, so that everything that is being offered in this great event becomes a flawless reality.
Mr. Desouki invite the World for the next WKF WORLD CHAMPIONSHIPS 2021, October 18th to 24th.
Beautiful City of Cairo in amazing Egypt is the host City.

So many African countries don´t need entry Visa for Egypt.
You will face first time in your live real Champions from e.g. Egypt, Uganda, Tanzania, South Africa, Congo, Algeria, Kenya, Tunisia and of course fighters from all over the World !
Just the weekend before WKF head office promote the annual World referee seminar in Cairo.
Until today we have 51 country pre-registrations from all 6 continents. Many competitors e.g. in Forms or in MMA and point fighting, a huge WKF CHINA team for Sanda will attend too.
Please note: Muay Thai in Egypt is in full Muay Thai rules, here many photos from the past …

Sport has no racial, social or political barriers, which means that it is the perfect way for all men and women, boys and girls to achieve amazing results, regardless of race, creed or colour.
The opportunity to represent one’s country in the name of sport at an international level is probably one of the greatest achievements an individual can make. The pressure that the competitors have at this level is enormous, and goes far beyond normal physical endurance.
And if you don’t participate, the whole world will know!
But be careful: not for internet champions
To win, especially at such a high level, competitors will have to tap into inner resources that their years of training will have prepared them for.
Come to see charming City Cairo, friendly people, Pyramids and trip on the river Nil, 5000 Years of history, fair accommodation offers, excellent Arabic AND international food, famous fish meals, pastry and cakes and a real great World Championship in ancient Egypt.

This is was you get in Cairo

for the winning team – 2 women and 3 men 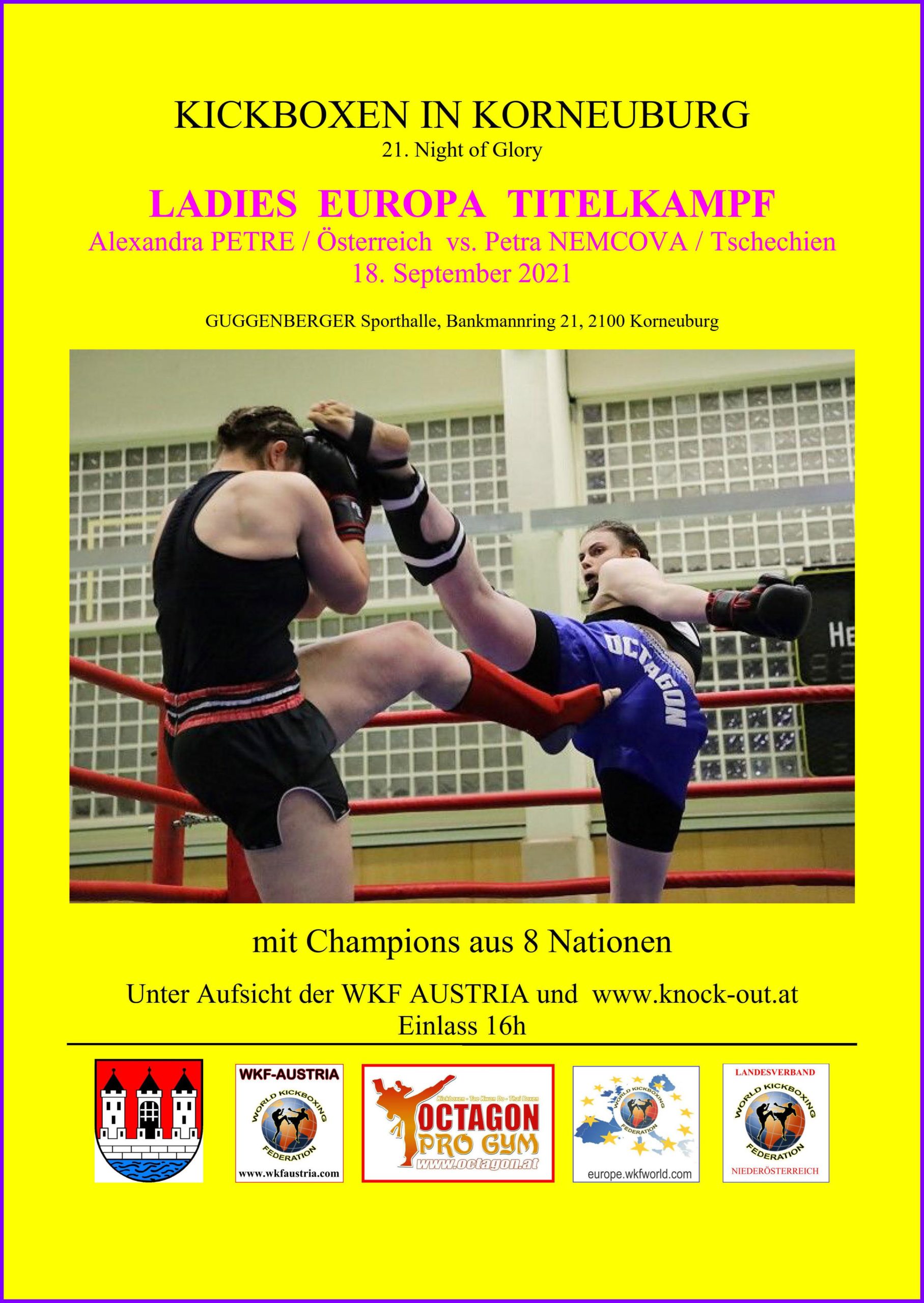 here in the GALLERY

Don’t miss this great event to send your best champions! YOU don’t have a second chance to fight and challenge the best in the world at home on YOUR African continent!

but come on and fight – male and females 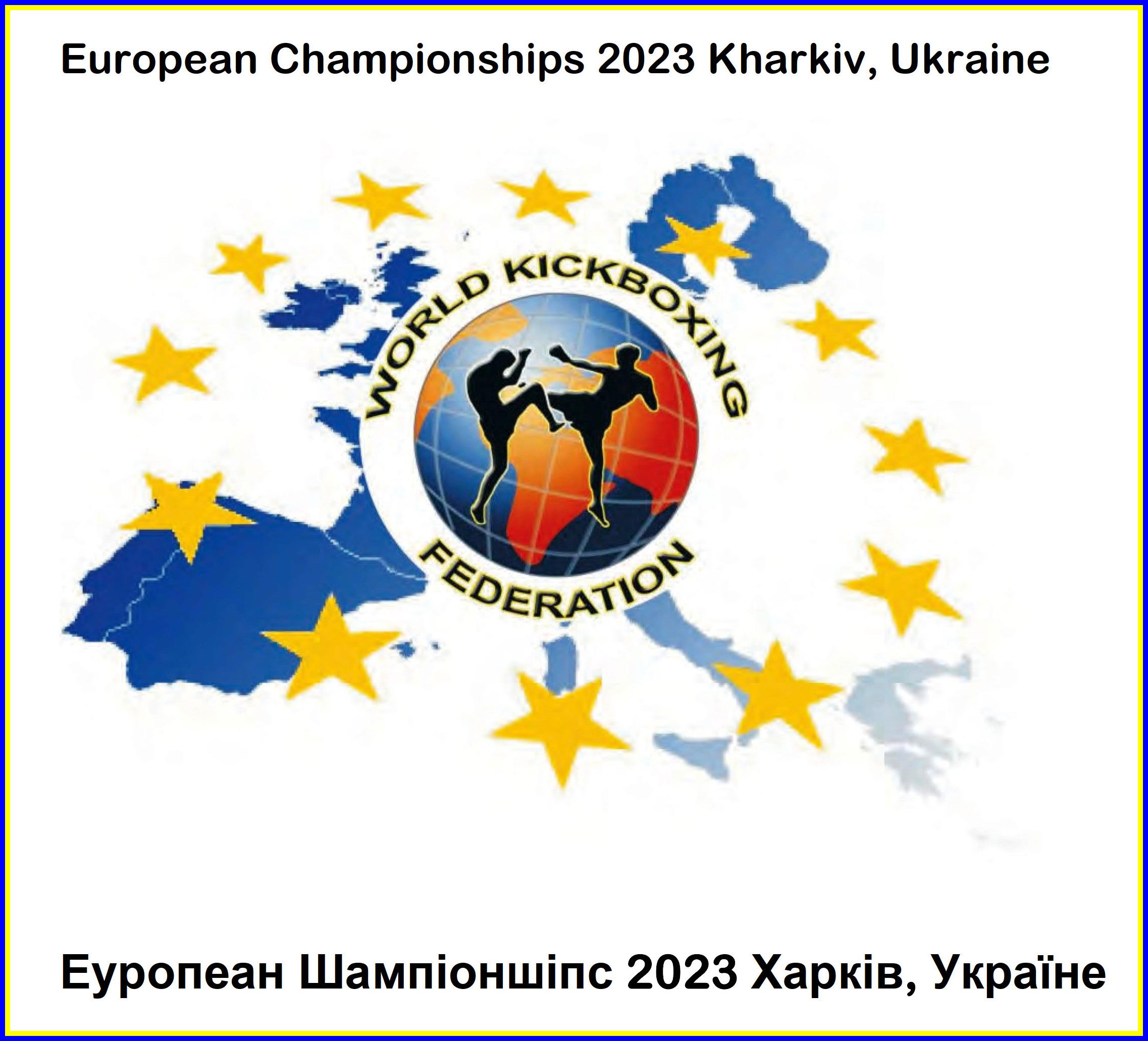 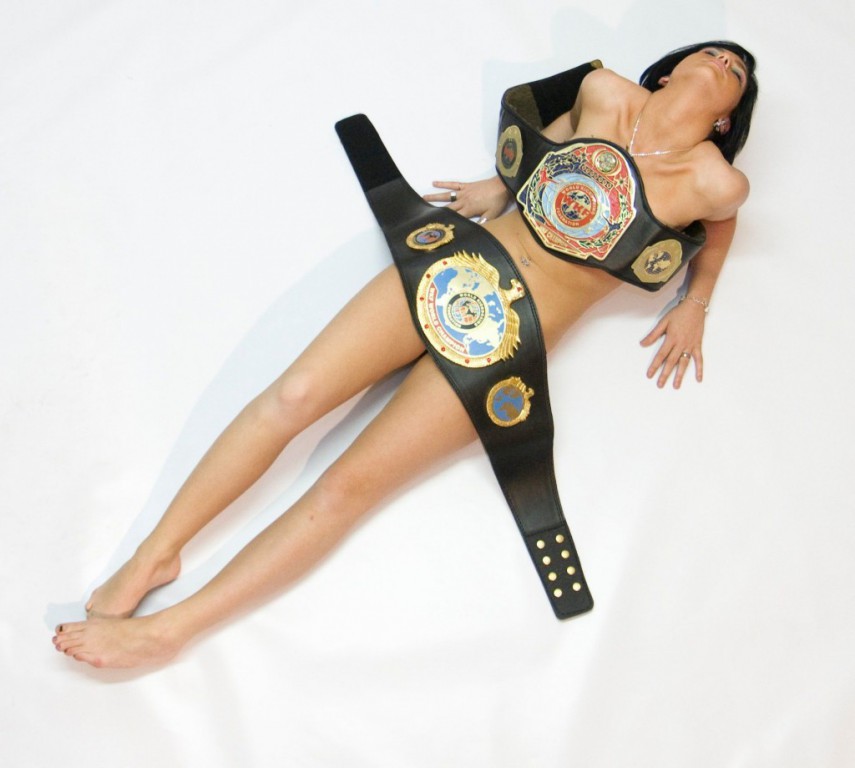 was 2020 the fastest growing World sanctioning body. Events for amateurs and pro on 6 continents in more than 140 countries shows about the serious activities of our promoter, manager and fighters.

Just in 24 month WKF has sanctioned more than 300 title fights World wide. From South Africa to Scandinavia, from USA to Russia. In Papua New Guinea and Asia, as well as 27 events just on the African continent. This confirm once again our slogan

we are the real global player

For amateurs we offer our PRO AM title fights for low costs, for point fighters all over the World we offer PPF – PRO POINT FIGHTING – with international valid PPF ranking lists.

We have no fakes on our event schedule, our World ranking  in PRO-AM, pro ring sport and MMA is top, based on informations we get from our network.

WKF title fight minimum requirements are here, if you want to promote a real World title fight with great value, or for any other request, do not hesitate to contact us by mail.

Since 01.01.2021 Norbert Dohi LIVIU is our new manager and director for UK and Great Britain. E-mail !

Liviu was in Dunaújváros 2015 Vice – European Champion and in Italy 2016 World Champion.

He was long time member in the WKF ROMANIA national team and he is multiple Romanian Champion.

Furthermore he is Kickboxing instructor 3. DAN, specialized in functional and personal training.

For more information, collaboration in the new WKF UK team, membership of your team at WKF UK or any further requests from England, Scotland, Wales and Northern Ireland contact Mr. Liviu in English, Romanian or Hungarian language. 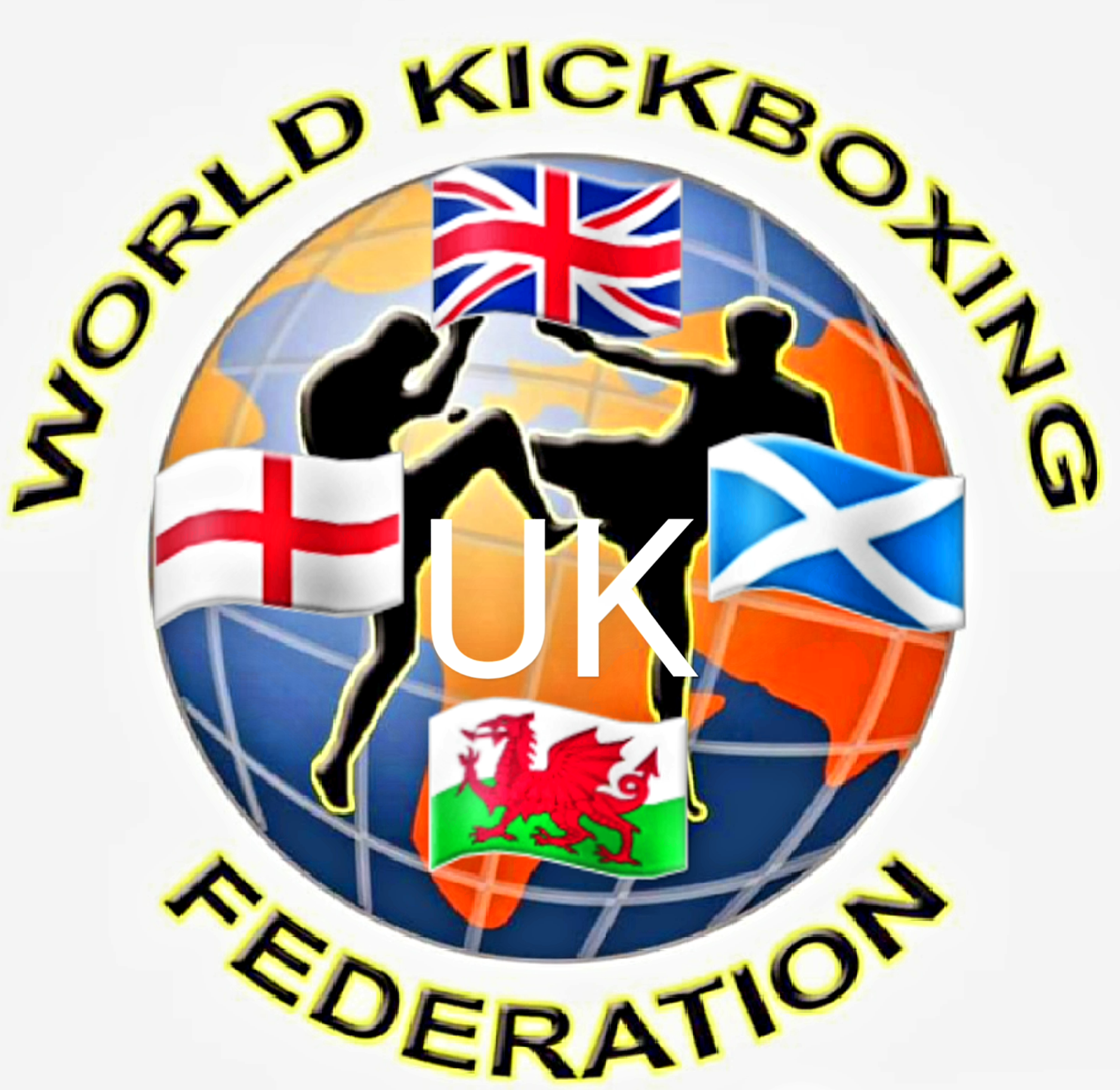 The World Kickboxing Federation is one of the leading organizations World Wide in the promotion of amateur and professional kickboxing in all styles, Muay Thai and Mixed martial arts hosting professional fighting events.

The WKF UK was formed in February 2011, the WKF UK stresses its strong belief in offering equal opportunities to sufficiently skilled athletes who have practiced  Kickboxing, enabling them to display their talents in the National and International Amateur and Professional arenas.

Also to ensure the credibility of their “world championship” titles and gives these world class athletes an international platform on which to perform.

For any your request send mail 24/7 please !

From the beginning in WKF we split very clearly amateur and pro business, in ring sport as well as in PPF, Sanda  and MMA.

Today we are very successfully not only in pro sport but of course in amateur business too. 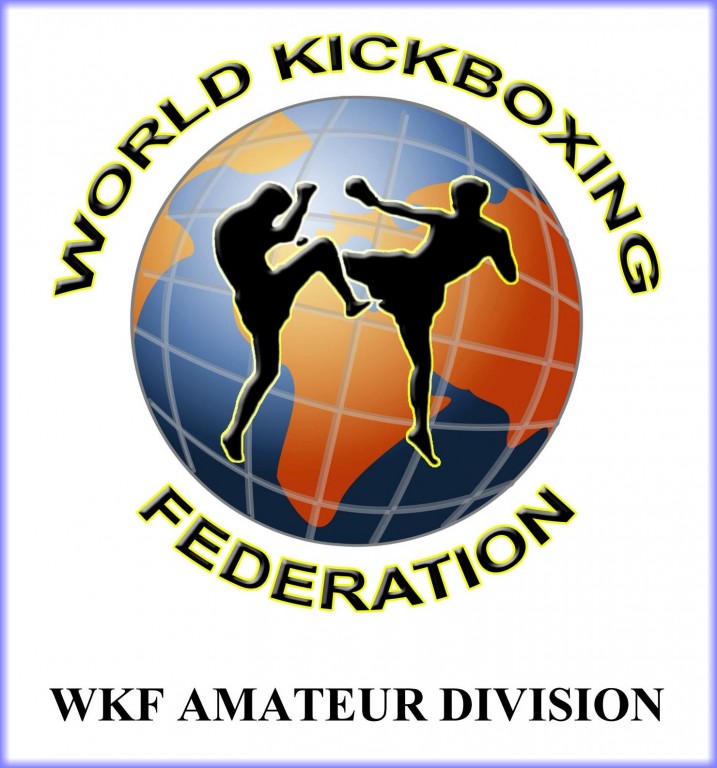 With great pleasure we want your poster of WKF sanctioned tournaments, with our logo on the poster. We would like to help with online advertising free of charge, short reports with results and JPG after your event would be great.

We just want to remind every WKF country president World wide to send fighter profiles of your amateurs or just non-professional male/female fighters in ring sport.

We have same system like in other pro sport in WKF.

We offer the chance to fight in all 4 ring sport divisions for the sought after WKF PRO AM champion belts. In full contact, low kick, K-1 and Thai Boxing as well as in MMA and SANDA for amateurs.

Our WKF PRO AM titles has a great value because of our World wide network with more than 140 member countries you have the chance to fight not only at home. And no fighter will lose his/her amateur status , he/she can fight still on any tournament, any World Championship World wide. And you can be sure just to face another amateur fighter with perhaps 15 to 20 fights and not real pro with more than 100 fights.

The rules and regulations for PRO AM are easy to understand and waiting for your download. All you have to do is just send your fighter profile and jpg photo like always and we post your team online in the PRO AM World ranking.

Because: only male/female fight in our PRO AM World ranking are qualified to fight for our WKF titles.

For further requests or interest on any possible PRO AM title fights do not hesitate to send a mail , please.